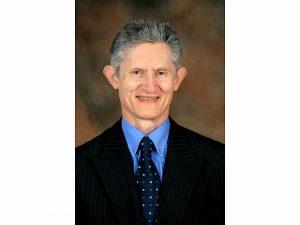 The Labour Relations Act (LRA), in its definition section says that an employee is someone who works for an employer. However, the designers of the LRA failed to define the term ‘employer’. This renders confusing our understanding of what an employer is and what an employee is. Despite the absence of a definition of an employer the LRA uses this term very frequently in placing heavy obligations on the employer by dictating, for example, that:

It may seem that the reason for the omission of the definition of an employer is that such definition is not necessary because it is obvious. However, more than once, when deciding who is to be held liable, the question of who the employer is has been raised. Is it the contracting company or the contractor’s client? Is it the employment agency or the entity that makes use of its services? Is the closed corporation the employer or is it the members of the cc? Is it the subsidiary company or is it the holding or parent company? The answers to these questions are not always clear cut.

For example, in the case of Group 6 Security Pty) Ltd & another vs Moletsane & others (2005, 11 BLLR 1072) the employee was dismissed after an altercation with the employer. The CCMA ruled that the dismissal was unfair. The arbitrator found that the security company and one of its shareholders were jointly and severally liable for the payment of compensation to the employee and for the employee’s legal costs. The Labour Court, on hearing the review application, ruled that “the veil of a corporate entity may be pierced only when there are allegations of fraud, dishonesty or improper conduct.” In the Group 6 case the Court could find no misdoings. The shareholder who had been found by the CCMA to be jointly liable for the unfair dismissal had merely told the employee that the company was an empty shell and this did not constitute dishonesty. Also, the shareholder had not been a cited party at the arbitration hearing; he had only been a witness. The CCMA had therefore been wrong to make the shareholder jointly and severally liable for the compensation and costs to be paid to the employee.

What would have happened however, if the shareholder had been cited as a co-respondent at the CCMA and if he had been found to have committed an improper act. It is possible that the Court would have allowed the CCMA to look beneath the corporate veil for the person responsible.

In the case of Footwear Trading cc vs Mdlalose (2005, 5 BLLR 452) the employee was dismissed and won an award from the CCMA for compensation. The award was made against the employer, Fila (Pty) Ltd a company closely associated with Footwear Trading. The employee applied to the Labour Court for an order to make the CCMA’s award an order of court. Fila told the Court that it was dormant and that Footwear Trading had taken over certain of its assets. The employee also sought an order declaring Fila and Footwear Trading to be co-employers and therefore jointly and severally liable. Footwear denied that it was joined to Fila claiming that it merely carried out administrative tasks for Fila. The Labour Court rejected this and declared the two companies jointly and severally liable for the compensation payment due to the employee.

Footwear Trading then appealed against this decision to the Labour Appeal Court which found that:

The above is a warning to employers that the use of subsidiaries, associate companies and other surrogates for purposes of avoiding labour law obligations is extremely risky. It is far wiser to utilise available labour law expertise to ensure that the law is properly complied with so as to make ducking behind technicalities unnecessary.